Welcome to The Silver Sunbeam – home of Andy Martin’s photographic forays into the Victorian-era Wet Collodion (wetplate) photographic process across the North of England.

The images you see here are taken directly on metal and glass plates using a Victorian photographic technique which dates back to 1851. It’s a mix of studio based tintypes and ambrotypes of people I’ve known a long time, some I’ve only just met, a selection of scenes of Sunderland, Tanfield Railway, Beamish Museum and across the North East.

I’ve been practicing the technique – quietly – for the past 4 years or so, more so in the past year, and since acquiring a studio space which has allowed much more consistency with results. The only modern compromise in terms of the technique is using black aluminium instead of japanned tin as they would have originally. The chemical formulas, plate sizes and cameras are in keeping with the Victorian plates.

Invented by Englishman Frederick Scott Archer, the wet collodion process involves coating a metal or glass plate with a collodion solution before placing it into a bath of silver nitrate. Once sensitised by the silver, the plate is loaded into the camera and the exposure made, ranging from a second up to a minute (sometimes more), depending on the lighting conditions. 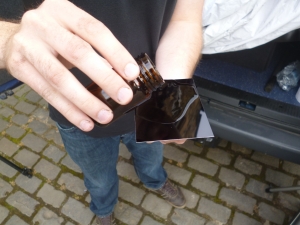 Then, the plate is returned to the darkroom and developed, before being fixed. The whole process must take place before the plate dries otherwise the image won’t turn out – hence the name. For the studio shots with a darkroom nearby, this doesn’t pose too much of a problem but out in the field this can add a whole new level of difficulty – particularly setting up a portable darkroom at one of the highest (and windiest) points in the City, Tunstall Hill!

In a nutshell, the process is as follows: 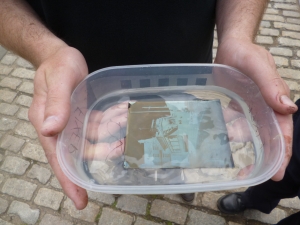 Plate in the Fixer

Steps 1-6 are all done whilst the plate is wet, hence the name. I’l add a disclaimer that the steps above are only a very basic outline of the process, and there are many ways to make a tintype. Much information can be found online  and in those old fashioned book things to those wishing to learn more.

Back in 2010, I found myself in a position of having a reasonable camera selection, an established (home made) darkroom and a small amount of disposable income to further investigate. And an urge to learn something new, for those summer months where night photography isn’t so easy.

In researching equipment and guidance, I happened upon the website of a gentleman named Seán Mackenna, who had honed his wet plate skills in the world of American Civil  War Re-enactment over the years. Now pretty much retired from the re-enactment photography, he still practiced the process on a regular basis. His website was, and still is, a fantastic resource, and there was even the very kind offer of a demonstration at his home in London.

Enquiries were made, a date set, and a month or two later I was wandering around the suburbs of North London looking for his house eager to learn. And learn I did. Seán was exceptionally helpful both during my time in London, showing me the process and also afterwards once I’d started gathering the necessary tools, chemicals and equipment to eventually make my own tintypes.

Once I’d managed to acquire all of the necessary chemicals to start making plates, and pulled together (or made!) the equipment my first attempt was not too bad at all, considering: 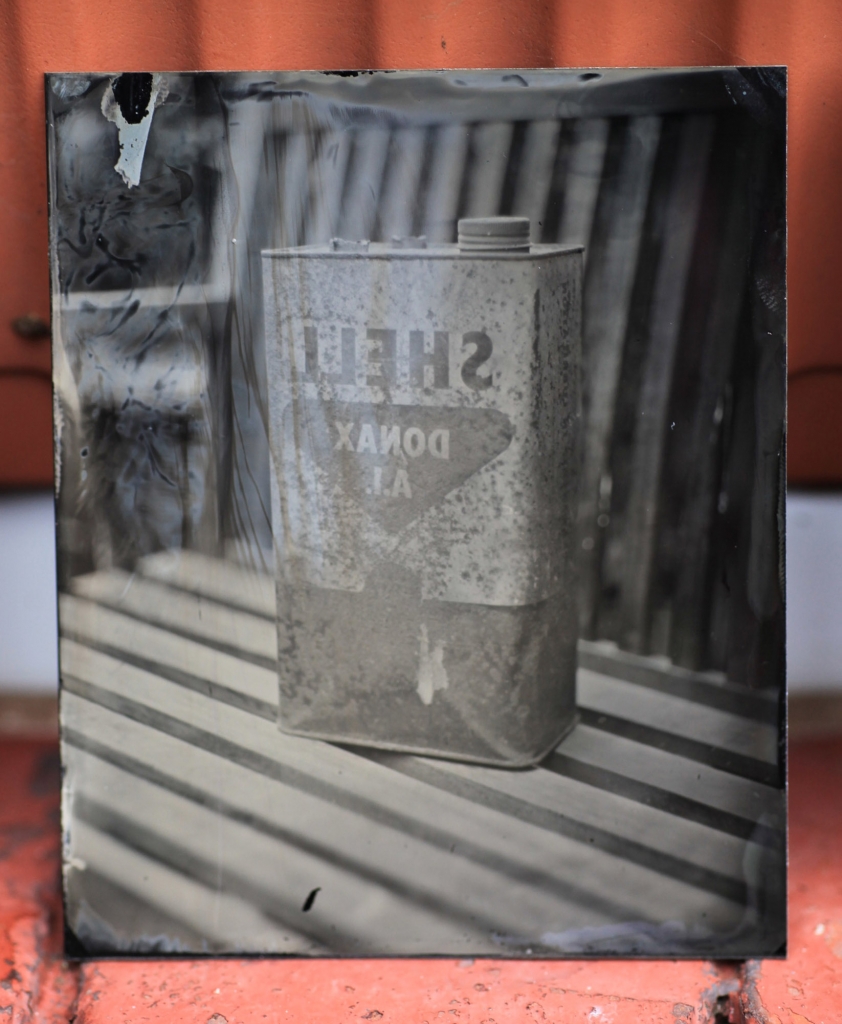 Many hundreds of plates later, and here I am… I was very sad to learn of Seán’s passing last year, without him I’d not be writing these very words or feeling incredibly proud of the images I’ve created so far. 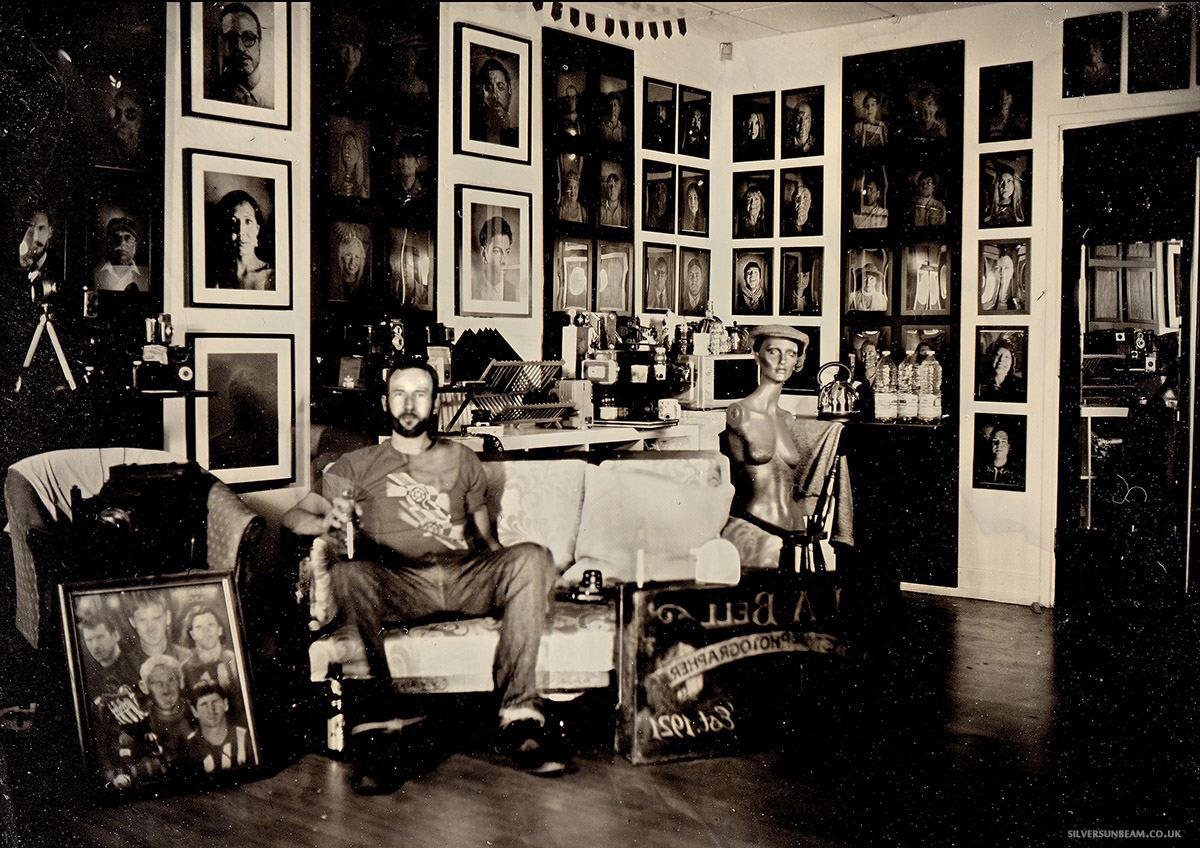 I’m grateful to everyone who has said yes, without hesitation, to my requests of sitting still for a while, and allowing me mix some obscure chemicals in order to take their photo. It’s been a real pleasure. Thanks to the ever generous Mr Matthew Tye for his assistance in the design and visuals of the Silver Sunbeam and being a studio test subject on many occasions…

As ever, thanks to the parents for their unending patience and understanding.

This series of images marks the start of a long journey, with many ideas in the pipeline. Exciting times ahead.